Get fresh music recommendations delivered to your inbox every Friday.
We've updated our Terms of Use. You can review the changes here.

Voice Of The VASSA 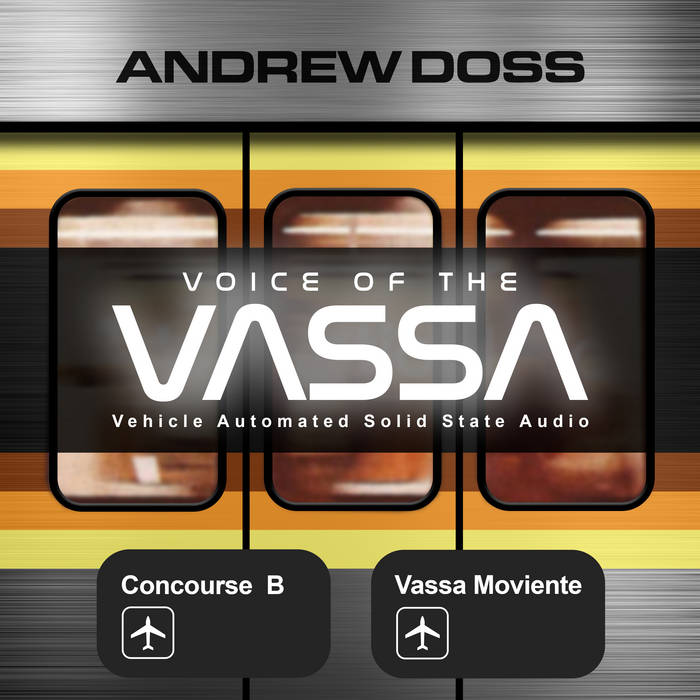 In 1977 George Wilson worked as a Senior Electronics Tech in the Westinghouse Transportation Division lab. One day a young lady engineering graduate of Georgia Tech walked into the lab and handed George a digital recording and playback PC board and chip set. The two discussed using it to replace the eight-track tape drives that were currently in use on the Airport People Mover systems. The tape drives being used on the cars had problems and wore out quickly from constant use, with fluttering, speed variance, and other audio inconsistencies.

Digital speech recording and playback was very new in 1977 and in fact, its use may have been the first mass application in industry. Two days later, they had it packaged into a 19” rack mounted prototype with the board and a power supply. It was a one-to-one plug 'n' play drop-in for the old tape drives.

The device didn’t generate the voice synthetically, but rather the words were spoken into a microphone and recorded. The recordings were then changed to digital signals to allow modification to create the robotic sound that has become so familiar. It was essentially a vocoder and became known as the VASSA: Vehicle Automated Solid State Audio. Any references to the “HAL” (from 2001: A Space Odyssey) or “Cylon” (from Battlestar Galactica) voice is incorrect.

Soon, the engineering graduate was headed back to Atlanta, taking the VASSA with her to install it on a car to see how people liked it. Since the unit was designed to be a one-to-one replacement for the tape drive that currently existed on the mass transit cars, it was an easy switch. They didn't see any harm in trying it out, so they just did it!

Shortly thereafter, the Marketing Department at Westinghouse got a call, with a request to replace all the tape drive annunciator systems in the cars with the exciting new digital voice system. The managers had no clue what the requester was talking about, but eventually found out what George and the young engineer had done. They were called to a meeting with the company marketing and engineering managers, who demanded information on this new project. They were not happy at all that they had installed a product on the customer site without approvals and prior knowledge. George thought they might get fired that day, but the company recognized the ingenuity and problem-solving achievement the two of them had just provided, so they let them go with just a stern warning, "Not to ever place any equipment on a customer site without prior knowledge and approval". However, a year later the company had orders to replace all tape drives on their systems with the new digital VASSA.

The VASSA made the national news, and a year later, at an all-employee company meeting, it was announced that the VASSA was a big success for the company for that year. One thing was forgotten, however: they never thanked George or the young engineer! The voice was heard by tens of millions of people, and used on all Atlanta airport trains until 1996, when the messaging was replaced with a more human voice in preparation for the Atlanta Olympics.

15 years later, George was walking to his car, leaving work one day. He glanced at a garbage dumpster and saw the original VASSA unit they had built sitting on top of the pile! Getting permission (this time), he was given the unit, and took it home. The classic VASSA unit is still in George’s possession to this day!

George Wilson is a Retired Electrical Engineer, Christian musician, and a private and RC pilot. Andrew works for Delta Air Lines and had discussed the voice with nostalgic coworkers and friends for many years. George and Andrew met in 2020 after Andrew commented on a YouTube video that featured a recording of the robotic voice. George responded to Andrew’s comment, and the two struck up a friendship, resulting in this musical collaboration. George was delighted to learn that there were still people who remembered and loved the voice!

This music is a tribute to the VASSA, and to George and the young engineer, from all of us who fondly remember that cool robotic voice on the Atlanta airport trains, and the excitement for travel the voice generated in so many. And don't forget: It's not HAL and it's not a CYLON......It's the VASSA!

P.S. As for credit for their efforts, George figures that God knows and, in the end, that's all that really counts.

My music is electronic. Inspired by synthwave, influenced by bands like Kraftwerk, Tangerine Dream, The Art Of Noise, Jean- Michel Jarre and music from 80s movies.

There are many singles and albums to come, so subscribe to me here, or on the music platform of your choice so you can always hear the latest drop. Thank you! www.AndrewDoss.com ... more

Bandcamp Daily  your guide to the world of Bandcamp

Trevor de Brauw of RLYR and Pelican stops by for a chat, plus a tribute to the late Trevor Strnad